from Correspondence (a fiction) by Levi The Poet 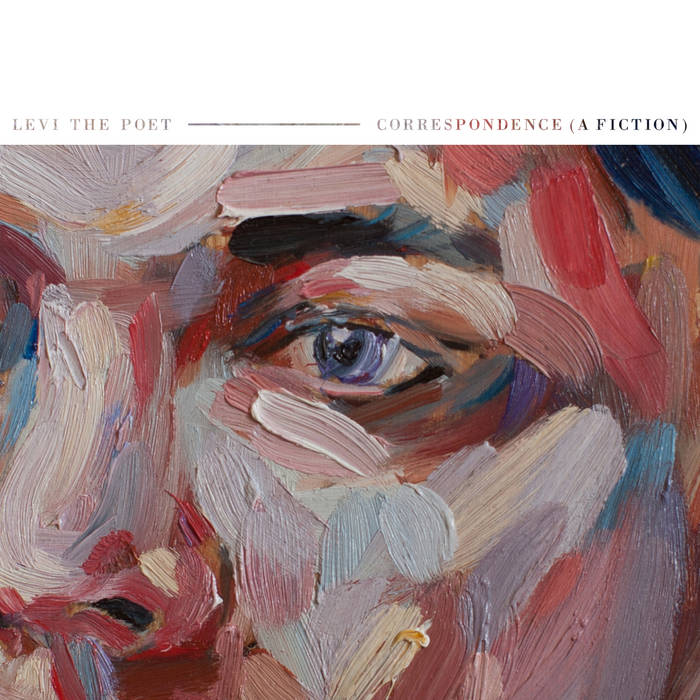 12 months ago today, we stood in silence fading further and further away and refused to say "goodbye" for fear that the farewell might solidify our fate. I've knocked on every inch of this wooden vessel to keep that fear from coming true.

Well in case you hadn't heard, there are no waterfalls at the edge of the world that fall off into eternity.

I'm bringing home scrimshaw to hang from the walls, or the branches, or the balcony. Father gave me two teeth from the beast they harpooned last week, and they've been flensing the creatures at dock, while I've been trying to get my feet steady underneath these sea legs.

I had a week or more to explore those foreign shores while the crew and the captain knocked at every brothel door, and I imagine I've got scores of siblings on this island, considering the captain is an island unto himself.

Give it time. There are a thousand orphans forgiving their fathers seventy times seven times, and I met one of them that week who became a friend of mine. He reminded me of you. Don't be jealous, he wasn't quite as cute, and he didn't have a feathered headdress or the tomahawk that you've been using to build my shelter. God knows I'm going to need it:

But we followed a road out to the country that he said he'd known about for years, and claimed it was haunted. Boys always tell those tales when they want to put their arms around you.

Monster films were made for men on first dates.

Well, I went along. The landscape stood frigid, frost painted and I contemplated the warm blanket that you would have been in all that cold. I saw ghosts every time I opened my mouth to breathe in and out and pretended it was smoke, like the bubble-gum cigarettes that we used to get from the corner store before it died with your dad, and acted like they were opiates before the buffalo dance.

The fog was like poetry: difficult to define but I am completely indifferent to what it means so long as we are able to get lost in it.

The boy and I met a mystic at the top of the mountain. The mist cut her straight in two, layers over her legs to keep the cold from coming through, but belly up, half a sundress, and she looked at us and said, "Get your head out of the clouds." So with the sun shining down, I've been thinking about what she meant.

She gave a speech about separating herself and related it to the whales. Said, "when the seamen dig their talons in to empty them and burn their substance for oil, remember they had to separate to find their true worth." And with the white dividing her skeleton frame, like a personified worldview, it was the cloudiest case for dualism that I have ever heard of. She told us her feet were evil because they'd touched the ground, ears guilty by association because they'd heard the sound, with a mind, wicked, that wandered and wondered about music, sex, love and the men in the town below.

She sounds like my grandparents trying to distinguish between antique Negro Spirituals, done damned to hell for a pagan drumbeat and unholy...

I just hope that if we're a true reflection of some magnanimous Other, I won't have to assume that every inherent longing will find me buried alive. You'd think that if God created everything good, she wouldn't stand up on a mountain proclaiming inanimate objects bad and demonizing the rest of creation like it's the tempo's fault that she's stuck alone on a pedestal, cutting herself in half.

I want to dance to the music, drink wine to the melody, make love in our treehouse and rejoice over our son with laughter, someday. That's got to come from somewhere. It makes me feel alive.

She was kind but I declined to follow in her footsteps, and kissed the boy on the cheek to, you know, stick it to the man - so to speak.

We left for the great unknown first thing this morning, and if I am going to die at sea, then I am going to be as holistically human as I possibly can be, and believe that I am that way for a reason.

from Correspondence (a fiction), released November 17, 2014

Guests include Kassa Overall and Muriel Grossman, plus an LP of the week by Van Hunt.